In conjunction with the launch of the new Windows 7, Microsoft [MSFT] has today started to sell Windows PCs in its online store.

As well as a range of laptops, netbooks and desktop PCs, Microsoft is also selling third party software via it’s online store. 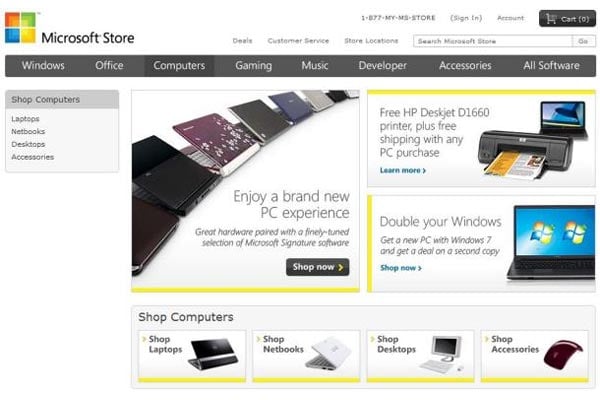 Before today Microsoft’ online store only sold Microsoft products, but now there are a bunch of PCs for sale from manufacturers like Lenovo, as well as software from Norton and Adobe.

Micorosft is obviously getting ready for the launch of its retail stores, which should be opening soon which will also sell a range of Microsoft based PCs and notebooks from various manufacturers, as they hope to compete against Apple and their popular retail stores.