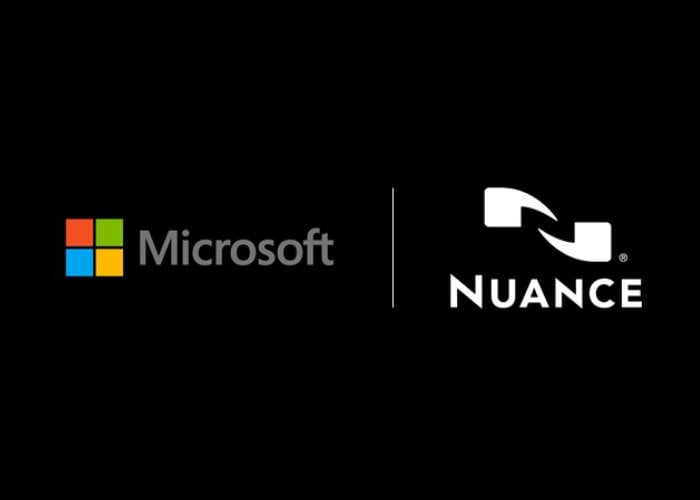 Following on from yesterday’s rumours, it has been confirmed today that Microsoft will be acquiring Nuance Communications in a deal worth around $19.7 billion. The acquisition for Microsoft will help them expand their artificial intelligence and healthcare businesses using the newly acquired A.I speech technology which was used to create Apple’s Siri personal assistant. Microsoft CEO Satya Nadella tweeted that “AI is technology’s most important priority, and healthcare is its most urgent application.” In a statement, the CEO added that “Nuance provides the AI layer at the healthcare point of delivery, and is a pioneer in the real-world application of enterprise AI.”

“Microsoft Corp (Nasdaq: MSFT) and Nuance Communications, Inc. (Nasdaq: NUAN) today announced they have entered into a definitive agreement under which Microsoft will acquire Nuance for $56.00 per share, implying a 23% premium to the closing price of Nuance on Friday, April 9, in an all-cash transaction valued at $19.7 billion, inclusive of Nuance’s net debt. Nuance is a trusted cloud and AI software leader representing decades of accumulated healthcare and enterprise AI experience. Mark Benjamin will remain CEO of Nuance, reporting to Scott Guthrie, executive vice president of Cloud & AI at Microsoft. The transaction is intended to close this calendar year.”

“Nuance is a pioneer and a leading provider of conversational AI and cloud-based ambient clinical intelligence for healthcare providers. Nuance’s products include the Dragon Ambient eXperience, Dragon Medical One and PowerScribe One for radiology reporting, all leading clinical speech recognition SaaS offerings built on Microsoft Azure. Nuance’s solutions work seamlessly with core healthcare systems, including longstanding relationships with Electronic Health Records (EHRs), to alleviate the burden of clinical documentation and empower providers to deliver better patient experiences. Nuance solutions are currently used by more than 55% of physicians and 75% of radiologists in the U.S., and used in 77% of U.S. hospitals. Nuance’s Healthcare Cloud revenue experienced 37% year-over-year growth in Nuance’s fiscal year 2020 (ended September 2020).”