Microsoft Flight Simulator which is currently in the final stages of development and will be released this spring will be a free-to-play game, Microsoft has announced.

The new freemium Microsoft Flight Simulator, will allow you to enjoy a selection of planes which will be included in the simulator and the Big Island of Hawaii to fly over. But anyone wishing to fly further afield or in different aircraft will need to part with some extra cash, says Microsoft. Watch the video after the jump for more details. 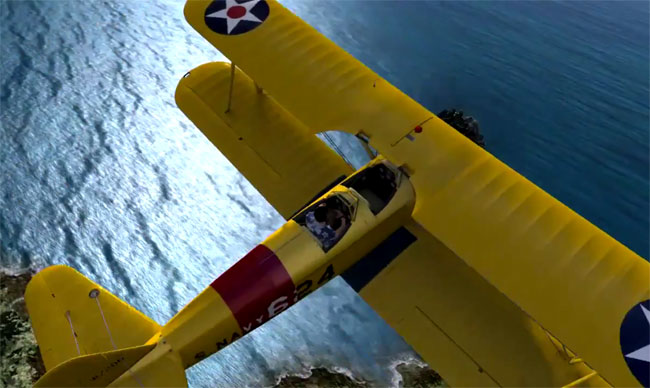 “After downloading “Microsoft Flight” for free, players can jump into hours of exciting gameplay on the Big Island of Hawaii. In addition, players who sign in to their Games for Windows – LIVE account automatically receive additional free content, including the legendary Boeing Stearman plane, supplementary missions, and access to Achievements and an Online Pilot Profile.

Those looking to deepen their experience can purchase and download additional content that adds new aircraft, regions and customization options. The frequently released new content for “Microsoft Flight” includes daily aerocache challenges and updates that make every flight unique and fun.”