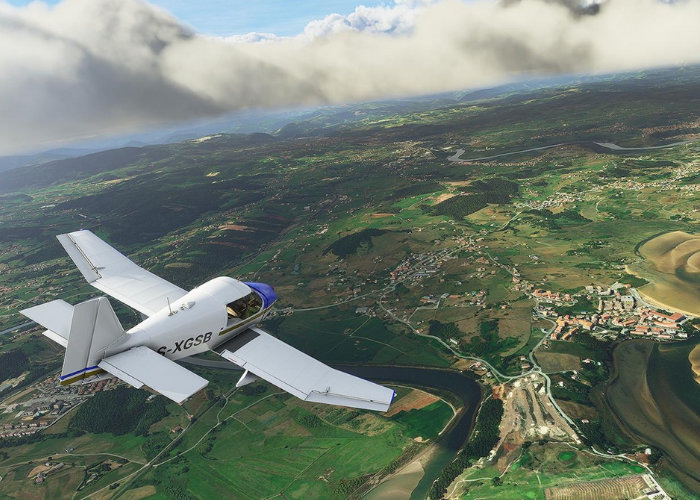 Asobo Studio and Microsoft have this week rolled out the third Microsoft Flight Simulator World Update, bringing with it enhancements to the lands of Ireland and the United Kingdom, in the form of upgraded visuals, handcrafted scenery, custom airports, and exciting new activities to enjoy. The World Update 3: United Kingdom and Ireland features high-resolution 3D photogrammetry for the renowned cities of Birmingham, Bristol, Cambridge, London and Oxford.

Together with five new meticulously hand-crafted airports (Barra, Liverpool, Land’s End, Manchester-Barton and Out Skerries), visual and logistical improvements to 85 more area airports, and improved digital elevation information across the U.K. The World Update 3: United Kingdom & Ireland is available to download for free and is available to all Microsoft Flight Simulator users. “Be sure your simulator is up to date first, then visit the Marketplace to download the UK & Ireland bundle, and begin exploring the land of charm and magnificence that awaits. The sky is calling!” Microsoft Flight Simulator is available on Xbox Game Pass for PC, Windows 10, and Steam.

“Take flight into a region rich with tradition, culture and heritage — not to mention a fair share of myth and legend. From seats of royalty to centers of finance, bustling metropolitan hubs to sprawling farmsteads and cliffside villages, the splendor of the United Kingdom and Ireland is on full display with dramatic upgrades and visual enhancements.

In addition, we’ve added compelling architectural elements throughout the region, ranging from British manors and Victorian homes to countryside stone structures, castles and churches – and even some drive-thru restaurants. In addition, over 70 custom landmarks and points of interest bring stunning new levels of detail and fidelity to some of the world’s most famous landmarks and bridges, regal palaces, breathtaking cathedrals … and, of course, football stadiums.”