Microsoft Research and Newcastle University has developed a new gesture control system, thats has been designed to be attached to your wrist like a watch and monitor the movements of your fingers.

The Microsoft Digits gesture control devices is capable of tracking the smallest of movements made by the wearers fingers and then translate this movement in commands that can be fed back to a computer, tablet or gaming console. Watch the video after the jump to see the new technology in action. 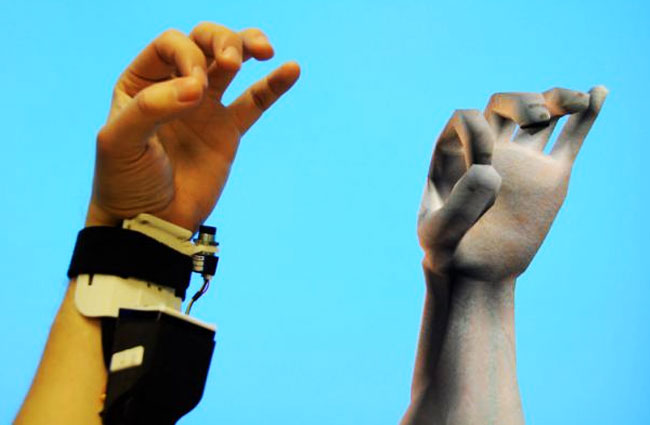 The Microsoft Digits system doesn’t rely on fixed external sensors like the Microsoft Kinect gesture sensor, so can be worn outside and uses to control smartphone and other mobile devices on the move and even in the dark.

“The idea is that you programme it to recognise a hand movement, such as turning a knob, and this will then control the volume on the device it is connected to. Or a thumbs up could answer the phone – the user can choose any gesture that suits them.”- ‘We wanted users to be able to interact spontaneously with their electronic devices using simple gestures without even having to reach for them.” 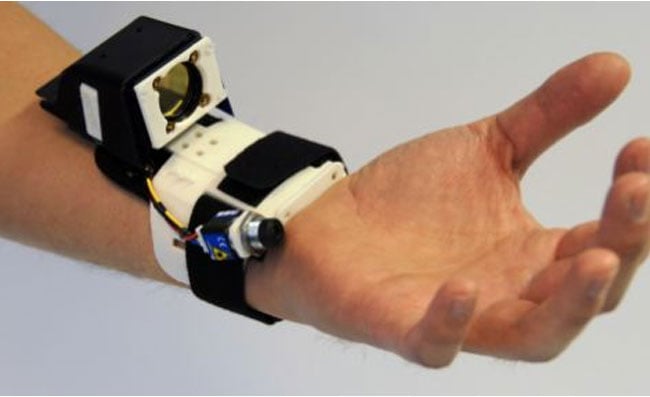 Digits, has been developed by researchers at Newcastle University and Microsoft Research Cambridge.