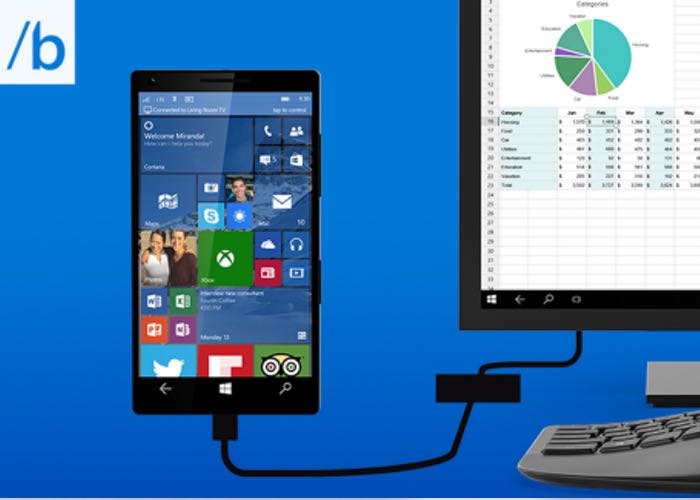 This week at Build 2015, Microsoft’s Joe Belfiore connected a smartphone to a monitor and unveiled their new Microsoft Continuum that has been design to transform certain Windows 10 smartphones into desktop PCs.

All you need do to make the transformation possible is to add a keyboard and mouse and then the new user interface is capable of accepting your inputs and outputs.

During the Microsoft Continuum demonstration the connected smartphone operating system and UI on the larger monitor was not quite the same as the desktop version of Windows 10. But did provide a way of accessing files and folders that can be contained on your smartphone and transferred to a large screen monitor when needed.

Microsoft ContinuumAllows you to enjoy using a larger desktop monitor keyboard and mouse to make alterations to any documents that may be on your smartphone and provides a handy way for you to carry them with you at all times.

For more information on Microsoft Continuum as well as more details on all the unveilings and developments at this year’s Microsoft Build 2015 event taking place between April 29th and May 1st, jump over to the official Microsoft website. You might also be interested in building an Arduino wind speed meter which offers an easy way to start tracking the strength of the wind in your area in mph