Microsoft has released a new video for its Acer Iconia tablet which pokes fun at Apple’s iPad Mini tablet demonstrating that the Apple tablet is not able to run Halo or MS Office if you need those things. Watch the video after the jump to see it in action.

Microsoft allows you to compare their Windows tablet and Apple’s tablets over on their website but even with what seems to be a better line-up of specification on paper the Surface tablets are still struggling to get a foothold in a predominately Google and Apple tablet market. 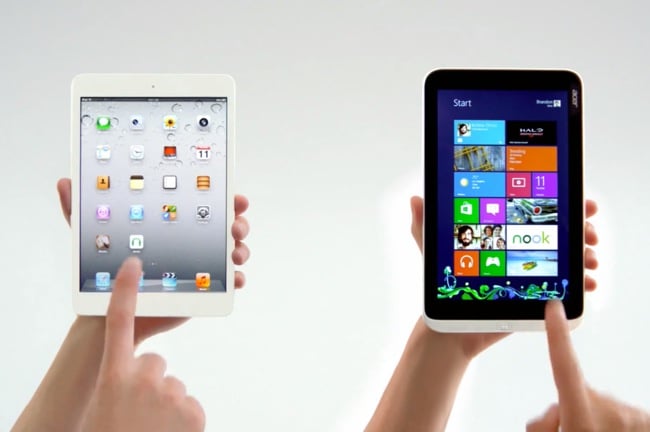 Earlier today Nvidia CEO confirmed that Microsoft was already working on their next generation of Surface tablets. Microsoft’s Surface tablets and project have brought in just $853 million in revenue and Microsoft needed to make a $900 million inventory write-down for the line and spent an extra $898 million last fiscal year on increased Windows 8 and Surface advertising costs. However perhaps they can make the new Surface tablet more of a success.