You can now take the guess work out of buying new games for your iOS device, as Metacritic the games review and scoring website has announced the addition of iOS game scores to its listings.

The new iOS game listing were added earlier this week and already have a good following with the World of Goo game currently sitting at the top of the game chart, with a score of 96 /100. 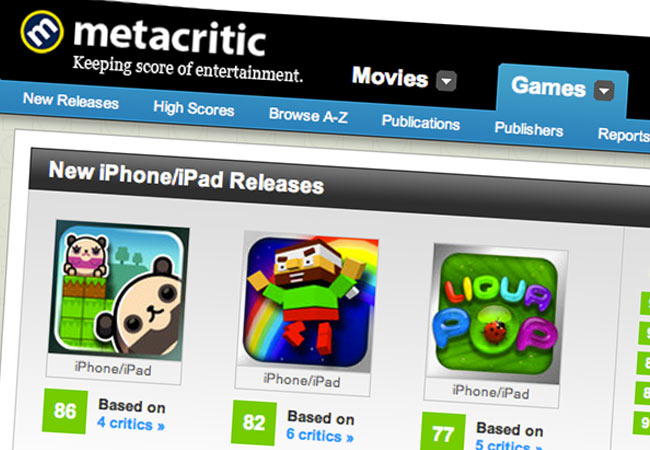 Even though the Apple App Store already a review system its always good to get a few opinions and the reviewing on Metacritic can be harsh if a game doesn’t live up to expectations… Dragon Age 2.