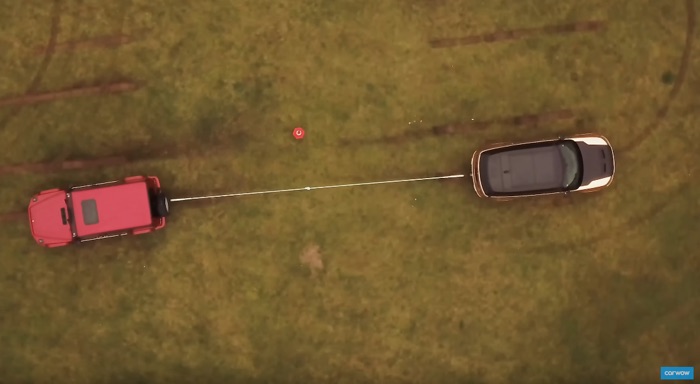 We have a great video from CarWow where Matt takes on Yani from Yiannimize in a Mercedes AMG G63 and Yani is driving his Range Rover Sport SVR.

Both of these SUV have some serious power, the AMG G63 had 585 horsepower and the Range Rover Sport SVR has 575 horsepower, which one will win in a tug of war? Lets find out.

As we can see from the video both cars have a serious amount of power, but the SVR seems to be the better one of the two in a tug of war.