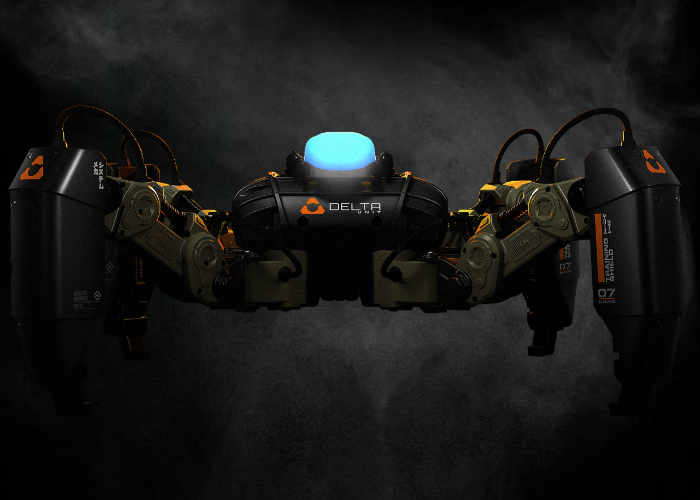 Reach Robotics have created a new smartphone controlled robot called the MekaMon which has been created to combine both real-world play with augmented reality gaming. Allowing users to battle the robots and more using a companion application that is available for both Android and iOS devices and can be loaded onto either a tablet or smartphone device. Watch the demonstration video below to learn more about the MekaMon robotics platform which can be used to learn more about robotics and programming as well as enjoying a few games in between.

The MekaMon robot is now available to purchase priced at $299 and is available in either black or white finishes. Features of the MekaMon smartphone controlled robot include :

– Fluid movement and lifelike animations of unparalleled detail thanks to twelve degrees of freedom across four mechanical legs.

– DROPZONE: Sandbox piloting – take control of your MekaMon and adjust height, gait, and stance, in a free-play exploratory piloting mode with no limits.

– SIMULATOR: Augmented Reality single-player survival mode—Hone your piloting skills against wave after wave of enemies in a king-of-the-hill training simulation.

– PROGRESSION: As your skill as a pilot increases, so does the synergy with your MekaMon. Unlock talents and abilities to bolster your MekaMon’s abilities, and gain access to new skills and load-outs.