MediaTek announced its MT6595 chipset some time back, and now, the company has showcased it at the China Electronic Information Expo.

At the launch, the company failed to provide a lot of details about what the chipset has to offer, but we do have some information about what to expect from this chipset. The new MediaTek MT6595 comes with big.LITTLE architecture and comes with integrated LTE support, which is becoming a necessity nowadays. 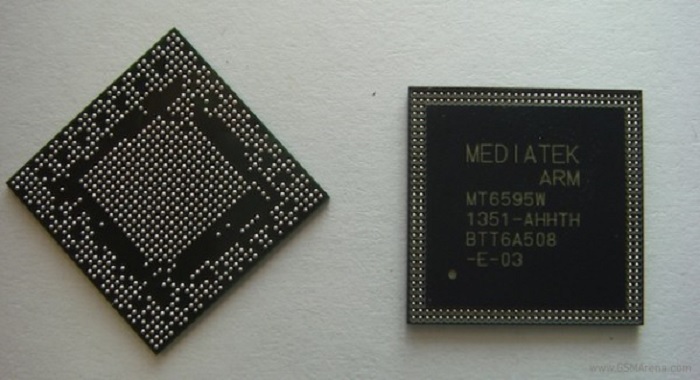 The chipset has four Cortex A17 cores firing at 2.2 GHz and four Cortex A7 cores at 1.7 GHz, and comes with a PowerVR G6200 Graphics processing unit (GPU), which is good enough to hand 4K/2K video recording and playback. In addition, the chip also supports 20MP camera, and has an in-built modem which, according to the company, can handle TD-LTE/FDD-LTE/WCDMA/TD-SCDMA/GSM networks without any problems.

The smartphones running on the latest MediaTek M6595 chip are expected to launch very soon, and we’ll keep an eye out for them, and update you as soon as they get unveiled.