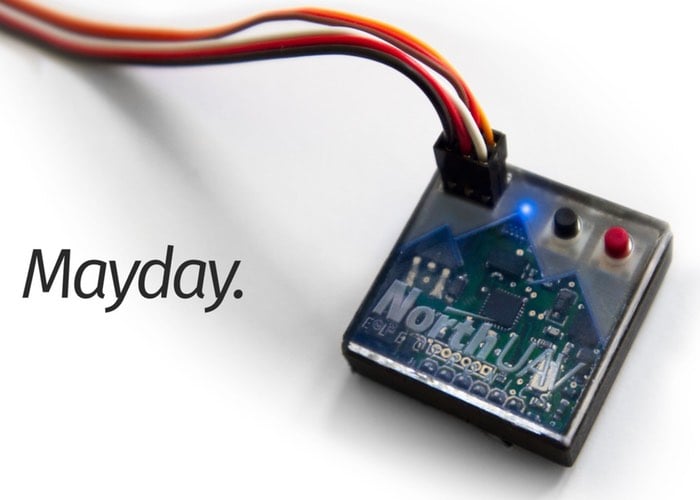 Drone owners that would prefer a more controlled descent when they multirotor copter experiences problems in the air. May be interested in a new system that has been created by  Kyle O’Rourke based in San Francisco called Mayday.

The Mayday drone parachute deployment system supports every multirotor setup and has been launched over on the Kickstarter crowdfunding website looking to raise $12,000 to make the jump from concept into manufacture.

Its developer explains a little more about the inspiration and functionality of the new Mayday autonomous drone parachute deployment system hew has created.

The Mayday can be used all by itself without any connections to a flight controller. Connect the parachute release servo to the Mayday board then connect a small battery, and you’re ready to go! Connecting the Mayday to your flight controller adds an extra level of control when flying. For example: You are about to do something totally unexpected and new, like a flip, and you want to make sure Mayday doesn’t fire on accident. Simply adjust your RC servo input to the lower PWM range to tell Mayday not to fire and to try learning this new motion. Or adjust your RC servo input to the upper PWM range to override Mayday and to fire a recovery system.

Mayday can work with any and every multirotor setup seamlessly. Because it uses machine learning to determine what your normal flight pattern is, you can use Mayday without having to enter in a ton of data or set certain perimeters for it to trigger by. Just power and go. Simple!

Pledges are available from just $59 for early bird backers together with full specifications and more details over on the Kickstarter website via the link below.