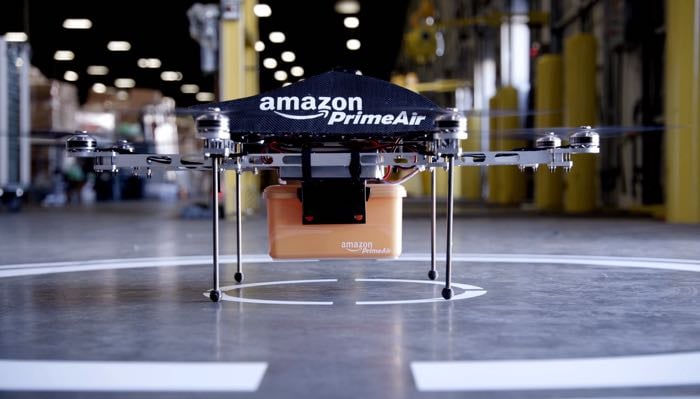 Amazon wants to create a drone superhighway that would allow Amazon Drones and other drones to fly at a specific height and mean that drones would not get in the way of aircraft and helicopters.

Amazon is proposing that Amazon Drones and other commercial drones would fly between 200 and 400 feet, this would great a high speed transit area for high speed drones.

The idea is that non commercial drones like the ones hobbyists use would fly below 200 feet, this is only for non Internet connected drones, this would ensure that these drones don’t get in the way of commercial drones and also aircraft. 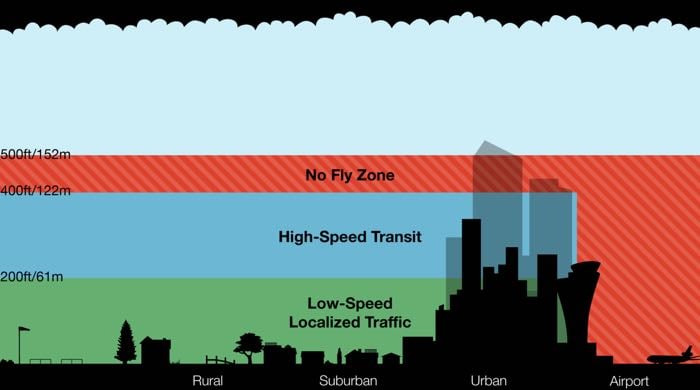 Some commercial drone operators are looking to fly above 500 feet, although Amazon appears to want to restrict its Amazon Drones to below 500 feet at the moment, this may change in the future.

We suspect there will be various discussions with the FAA before companies like Amazon are able to convince them to created a dedicated drone superhighway.