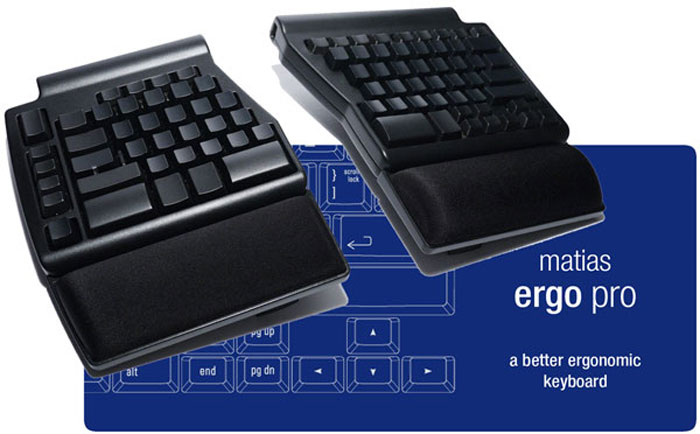 A company called Matias has unveiled its latest keyboard called the Ergo Pro that is perfect for ergonomic keyboard users that also have a hankering for mechanical keys. The keyboard is one of the split key style units rather than the one-piece sort Microsoft is famous for that have tilted keys. The keyboard has adjustability with several degrees of tenting and negative tilt to get the most comfortable position possible.

The keyboard retails for $200, which isn’t cheap. However, I think anyone that likes mechanical keys and needs ergonomics due to hand or wrist pain would pay that price. The image shows a keyboard with no letters printed don it. It’s unclear if the keyboard comes in a printed version. The Ergo Pro does have three USB 2.0 ports built in.