That is, once all the testing is done and the results are spectacular. So far the Global Observer seems on the right track. Currently being developed by AeroVironment, the hydrogen powered drone can cover vast (and we mean vast) distances over a period of days before needing to land for refueling. 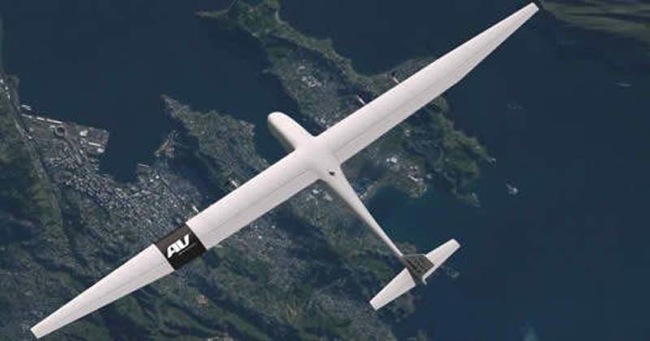 The icing on the cake is it performs all the same tasks as your orbital satellite at less cost and zero harm to the environment. Even better, unlike a n old satellite that needs to be crashed somewhere the Global Observer can go on and on and on. Think Energizer bunny. The fact that it’s hydrogen-powered is one of the main selling points of the 10,000 lbs UAV.

AeroVironment’s VP Bob Curtin didn’t hesitate preaching the merits of the Global Observer during a recent TechNewsDaily interview. In it, he mentioned how “Global Observer is being developed to address the need for an affordable, persistent platform that can provide seamless communications and ISR over any spot on the globe for as long as required.”

He also explained its operational capability: “Swapping orbits every 5 to 7 days, a two-air vehicle system would maintain uninterrupted coverage in a manner similar to a geosynchronous satellite, but about 2,000 times closer to the earth’s surface.”

We can’t say we want to own one, but we do applaud the common sense approach behind its use. Until of course, it’s used as a spy plane and someone shoots it down with a missile.