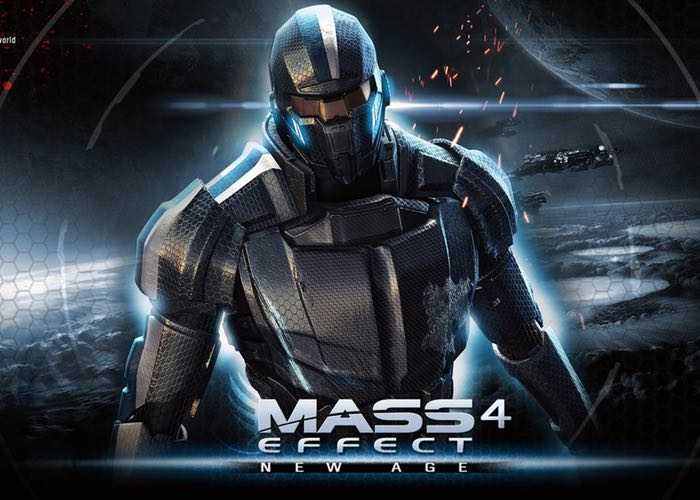 If a Reddit post is to be believed then details of the highly anticipated and upcoming Mass Effect 4 game have been leaked ahead of the games official announcement.

A Reddit user explains via a post on the site, that while taking a survey the information about the new Mass Effect 4 game was leaked offering a wide variety of hints at what could be included in the new game.

But remember none of this has been confirmed or denied by the games developers BioWare, although it makes for interesting reading never the less.

– Set in the unchartered Helius Cluster in the Andromeda Galaxy. All the previous games have been pretty firmly set in the Milky Way. The cluster is apparently 4x the size of Mass Effect 3’s map. You, playing as a pathfinder, will “encounter the remains of a once
powerful and mysterious alien race.” Gee, I wonder where I’ve heard that before?

– Resource and colony building: resources can be found on planets to improve your weapons and armour, and build up your arsenal to explore further into the cluster. You’ll also be able to establish settlements on habitable planets and specialise them to produce more resources, or scout out more missions.

– Seven new crew members. The leak says there is one is called Cora (species currently unknown, but it does sound very Asari to me,) and there is also a Krogan named Drack. Quests will revolve around making sure your crew members remain loyal and supportive, but that doesn’t sound all too different from the previous games.

– More refined conversation options: you’re able to brute force people by threatening with your gun and interrupt conversations. Whether this will be similar to the Paragon/Renegade interrupt options seen in Mass Effect 2 and 3, I really don’t know.

– Deployed Strike Team Missions, AI-controlled mercenaries can be sent off to complete tasks while you’re busy with something else. Alternatively, there’s also Active Strike Team Missions where you will be able to play in a multiplayer co-op horde mode.

– There will be no loading screens when travelling the cluster and exploring planets, the transition from ship to the planet side Mako vehicle is said to be totally seamless. The Mako is now also upgradeable and customisable, and hopefully a bit less shit than it was in Mass Effect.

– New raids, including Remnant Vaults and Khet Outposts. Both give you different kinds of rewards and can be found while exploring outback planets.

For more information on the new possibly leaked Mass Effect 4 details jump over to the Reddit website for details via the link below.