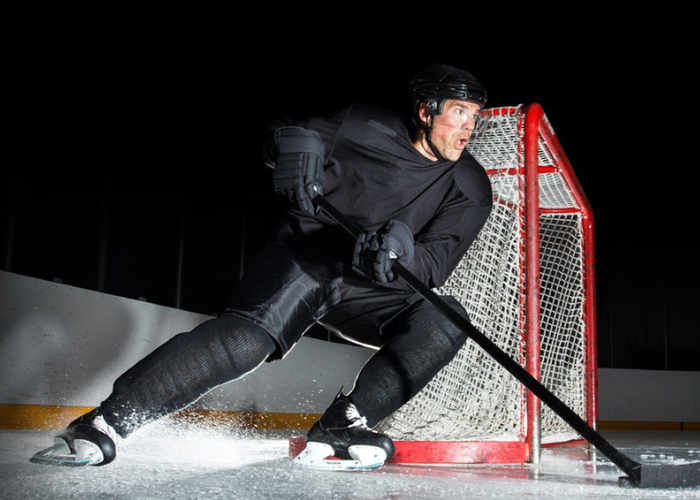 Marsblade based in Sweden have taken to Kickstarter to raise roughly £60,000 to take their Marsblade Ice Holder inter manufacture. Described by the development team behind the device as a “new standard in hockey” and the “biggest evolution in skate technology in decades” you can learn more by watching the demonstration video below. The Marsblade Ice Holder is now available to back via Kickstarter with pledges from £14 and delivery expected to take place during January 2018.

The Marsblade Ice Holder transfers your weight faster in order to create tighter and more efficient turns. The rocker also helps you to gain more speed out of your turns as it prevents the skate blade from digging into the ice. A regular holder has only one pivot point which puts all the pressure at the back part of the blade and a shorter glide zone and forces the steel to dig into the ice and thus lose speed. The Marsblade Ice Holder enables a broader range of movement while distributing the pressure more effectively for a longer and more powerful stride. The rocker also enables more steel on the ice for optimized glide speed. A regular holder lose speed when the player shifts their weight forward or backward as this forces the blade to lose contact with the surface as well as digging into the ice.

The Marsblade Ice Holder allows key muscle groups to be utilized for a longer period of time to increase stride power and speed. The rocker also optimizes your balance for a stronger and more explosive skating position, while increasing a player’s power and control when stickhandling and shooting.  We’re now in the final stages of the development process of the Marsblade Ice Holder. We have tested the current hand-made carbon fiber prototype extensively and the feedback from professional players and power skating coaches has been incredible. You can see some of them trying the Marsblade Ice Holder for the first time in the videos below.