Thanks to the Almighty these will only be available in Japan. In a rare collab between Converse and Nintendo, Mario 25th anniversary sneakers will be hitting select stores soon. This is a limited edition gimmick so if you’re dying for a pair, consider traveling all the way to Japan. 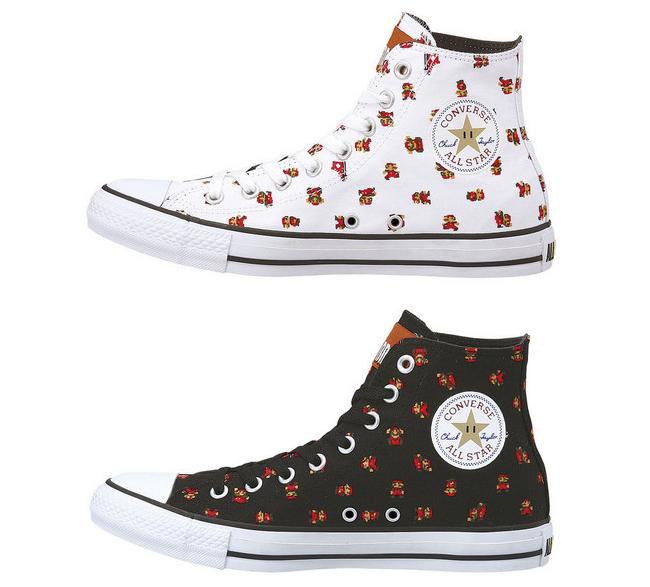 There’s no word on pricing yet so in the meantime, just stare at the pic up north to digest the uh, Marioness of the sneakers. Official release date is sometime July.

A word on Chuck Taylors though—we never really got round to figuring why they became so popular. When they first exploded in the 80s, no problem. Chuck Taylors look great in ripped skinny jeans and denim patch vests. Not to rip Converse or anything, cos Converse are cool cats, but Chuck Taylor’s today are too common. Trendy even, especially after Will Smith wore ’em on i-Robot.

Yeah, so maybe that’s our beef with Chuck Taylors. When everyone’s wearing a pair, the novelty and fashion forwardness just dies.