A new Kickstarter project called MaKey Makey, allows you to create an input device from just about anything you can think of. Including pales of water, play-doh, fruit and even pencil drawings.

MaKey MaKay has been designed and created by Jay Silver and Eric Rosenbaum, two MIT Media Lab final-year PhD students. Watch the wonderful device in action after the jump. 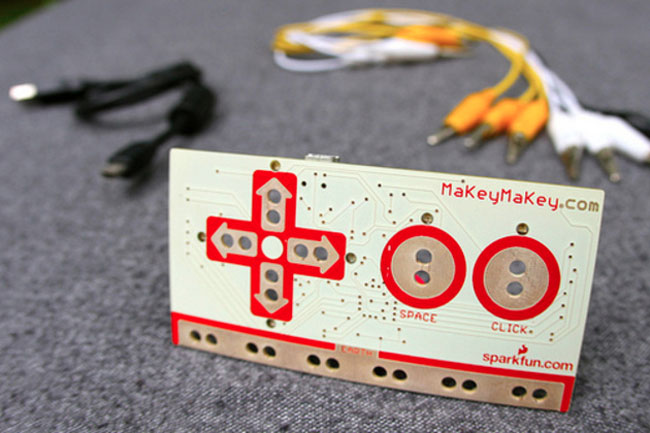 The MaKey MaKey has been created using an Arduino Uno, and connects to a computer via a USB connection. Using a number of different crocodile clips you can easily create input devices without the need for any programming or soldering.

“Let’s say you load up a piano. Then, instead of using the computer keyboard buttons to play the piano, you can hook up the MaKey MaKey to something fun, like bananas, and the bananas become your piano keys”