Marker bot has unveiled their latest 3D printer at CES 2013 this week, which has been created by building on the technology incorporated into their MakerBot Replicator 2 3D printer unveiled back in September 2012.

The latest in the 3D printer range aptly named the MakerBot Replicator 2X is now fitted with dual colour printing heads and is capable of printing at 100-micron resolutions. Watch the video after the jump to see it in action. 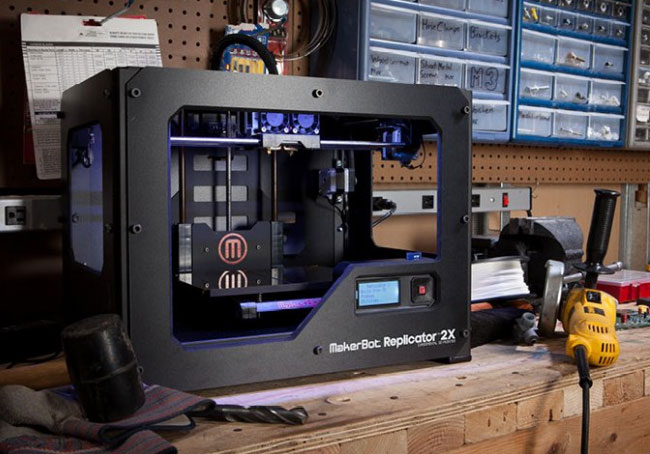 The MakerBot Replicator 2X is now available to pre-order for $2,799 and shipping will commence on January 11th 2013.