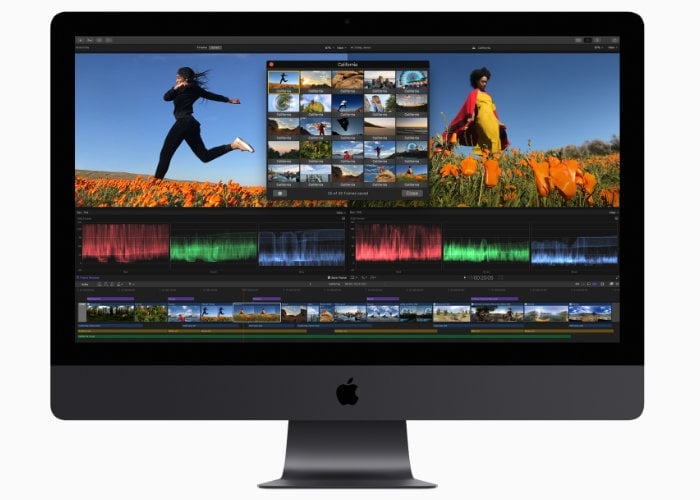 Apple has this week released a major update for its Final Cut Pro X (FCPX) video editing application adding third-party workflow extensions and a host of new highly requested features for professional video creators. Such as support for Extensions from Frame.io, Shutterstock and CatDV, Batch Sharing, Video Noise Reduction and Comparison Viewer. Apple explains a little more from what you can expect from the new major update it’s made to the Final Cut Pro X video editing application.

The new Batch sharing feature allows a user to export multiple clips or projects in one step and is especially useful when transcoding dailies on set for quick turnaround or delivering multiple versions of a project. While the new Comparison Viewer window lets editors view reference images while colour grading to ensure a consistent look across their project.

“Workflow extensions match the look of Final Cut Pro and integrate tightly into the app, allowing editors to drag media into Final Cut Pro libraries, sync playback between extensions and timeline, add clip markers and more. These extensions make it easy to use popular tools that enhance post-production including review and approval with Frame.io, stock footage browsing and purchasing with Shutterstock and media asset management with CatDV. Workflow extensions can be downloaded free from the Mac App Store starting today. Additional third-party extensions for Final Cut Pro will be available on an ongoing basis.”

“A new floating timecode window makes it easy for video editors and others in the editing room to follow along by displaying color-coded clip names, roles, project timecode and source timecode in a customizable, resizable display. High-quality video noise reduction minimizes artifacts in low light or archival footage. Editors can now create and deliver closed captions in SRT format or choose to burn them into their video for compatibility with a wide range of video websites. And improved marquee selection makes it quick to select individual clips or the entire secondary storyline which saves valuable time for common edit operations.”