Earlier this month, the popular iOS email client Mailbox finally made its way to the Google Play store, and introduced a few new features to the app — which were later released for iOS version as well.

If you’re using Mailbox for Android, you be glad to find out the app has picked up an update, which brings more new features and enhancements to the app. 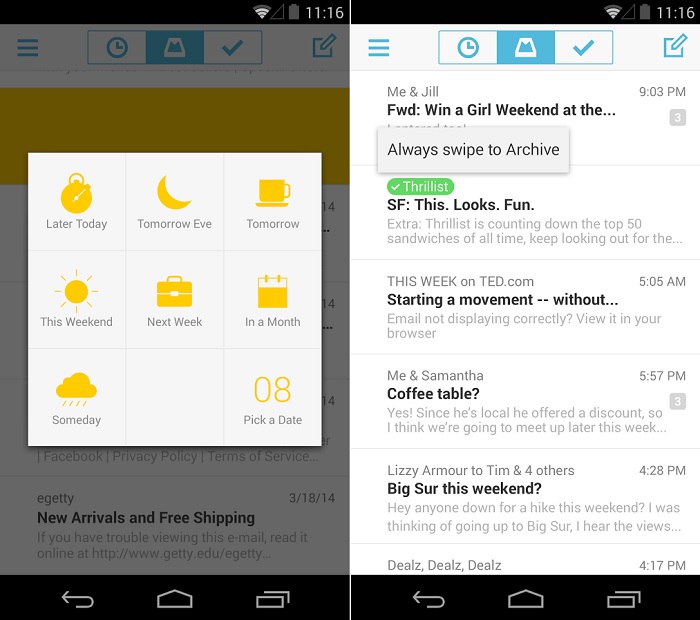 The update is not a very big one, but introduces some nifty enhancement, the addition of notification actions, or should I say action buttons for email notifications which lets users archive, snooze and reply from the notifications. There’s nothing more to add to it except the usual bug fixes and improvements to improve the overall user experience for the app.

For those who don’t know, the Mailbox app is now a part of Dropbox for a whopping $100 million, and even released a desktop app for Mac users as well.

If you’re a regular Mailbox for Android user, now is a good time to head over to the Google Play Store and download the updated app.