Do you know a few people (okay  a lot of people) who have craptastic  camera phone pictures on themselves posted everywhere? Well, those people should be ashamed of themselves because a macaque from Indonesia who ‘borrowed’ a photographer’s cam took a self-portrait and it’s beautiful. What does it prove? Probably that the rise of the planet of the apes is inevitable. 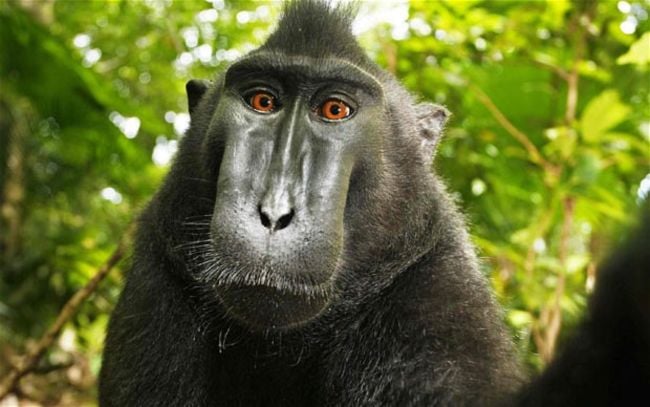 Of course, you must take that glowing first paragraph with a grain of salt. News of the macaque pics was universally panned and dismissed by the public, claiming that the resulting photographs weren’t pretty accidents but total fabrications. Maybe humans are just arrogant or maybe we shouldn’t be thinking too deeply about this story.

Anyway, the true and real account of what happened in the jungles of  Sulawesi involved pro photographer David Slater, who traveled to the macaque’s lair with a few guides. The macaque’s, despite being endangered, were quite benign and even friendly. They did prove very enthusiastic about David’s camera equipment, which a member of the monkey group ‘experimented’ with by taking a few hundred photographs, most of them terrible.