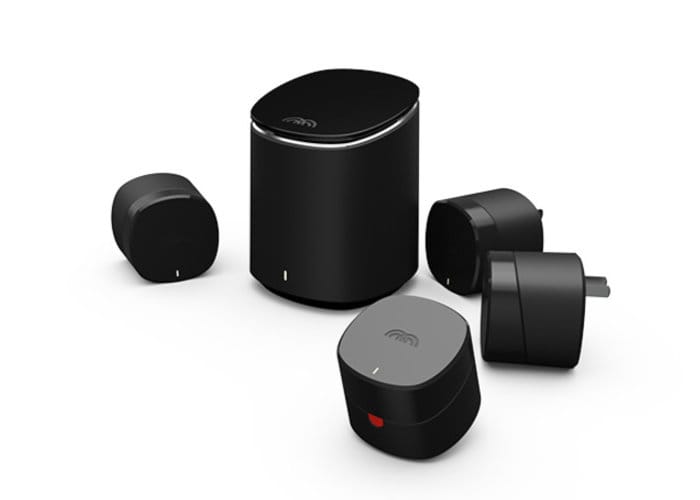 A new wireless mesh networking system has been created by Mercku Technology based in Canada, to provide powerful and reliable wireless coverage while offering precise device management throughout your home. Watch the demonstration video below to learn more about the home mesh wireless network system which performs twice as fast as the industry average and is capable of connecting up to 60 devices including voice assistance, smart thermostats, computers and game consoles.

The mesh wireless networking system is capable of covering 3000 ft² of space using a single M2 router or 5000 ft² of space using the M2 Hive mesh networking system, both of which are easy to set up. “M2 Hive offers the speed, connectivity, simplicity, and control that the modern day home requires. As our homes become smarter with technology such as voice assistants and connected thermostats and demand on our bandwidth increases with streaming services, online gaming and downloading, current Wi-Fi systems just aren’t keeping up.”

The Hive mesh networking hardware comes complete with its own smartphone companion application that is supported by both Android and iOS devices. The application is currently in the final stages of development and build be ready once the Indiegogo campaign has completed. Hive systems are now available to back with earlybird pledges available from just $69 and worldwide delivery expected to take place during July 2018. “A third of households experience slow connections or dead zones. Mercku’s Wi-Fi system has the fastest speed and the widest coverage in the industry, and looks to tackle this key issue.”

For a full list of all available Indiegogo pledges jump over to the official campaign page by following the link below.