Nokia unveiled it’s mid range Nokia Lumia 625 that will be available on a number of carriers in US and UK. It appears as if the Finnish manufacturer is working on releasing the dual-SIM variant of Lumia 625. The folks at Nokia Lebanon tweeted a photo of a Lumia device that appears to be Lumia 625 saying that it’s dual-SIM. 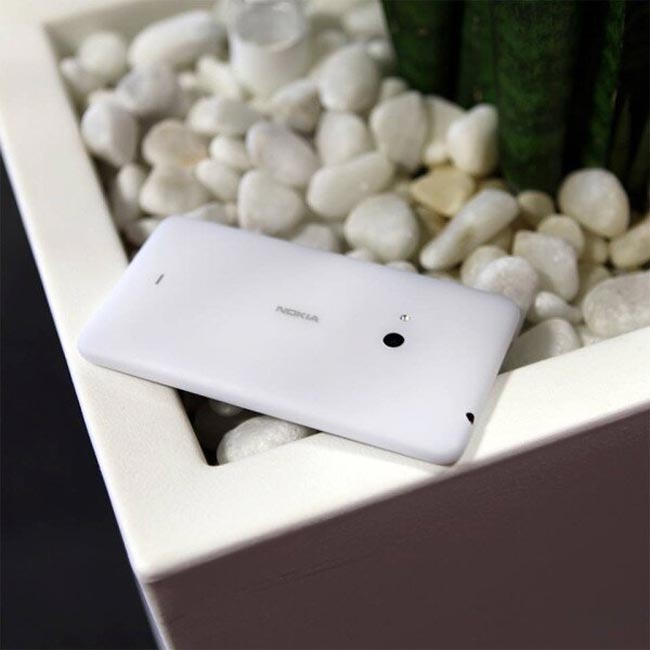 According to Nokia Lebanon,

It’s a smartphone, it’s Dual Sim and it’s golden… Can guess its name?

Our guess is that it is Lumia 625 as the device features a somewhat similar screen size the current Nokia Lumia 625. It might be a new device that Nokia is planning on launching in the middle-east region but we cannot be sure about it. We think it’s a variant of Lumia 625.

The device features a 4.7 inch display running Windows Phone 8. It features a dual-core Snapdragon S4 SoC, 512MB RAM, 8GB internal storage, 5MP back camera, 2,000 mAh battery and is priced at €220 – this is something affordable considering the specfications and the fact that its a Windows Phone 8 powered device.

Does this mean that we will be seeing the first dual-SIM Windows Phone device? Is it really Lumia 625 or some new device that the Finnish manufacturer is planning to launch? Share your thoughts in the comments below.