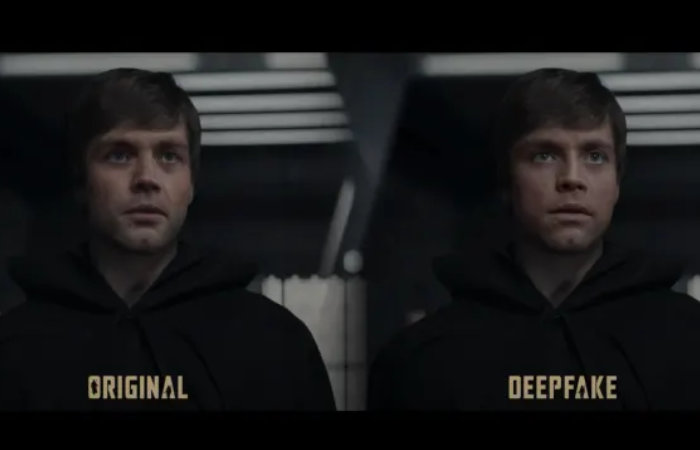 YouTuber Shamook who used deepfake video technology and his skills to improve the CGI characters in the recent Mandalorian TV series as a proof of concept, has been hired by Lucasfilm this week as their “Senior Facial Capture Artist.” Check out the video below for more information on the deepfake technology and how it was used to enhance the young Luke skywalker in the Mandalorian episode. “Deepfakes are synthetic media in which a person in an existing image or video is replaced with someone else’s likeness leveraging powerful techniques from machine learning and artificial intelligence.”

“As some of you may already know, I joined ILM/Lucasfilms a few months ago and haven’t had the time to work on any new YouTube content,” Shamook wrote in the comment section of a recent video. “Now I’ve settled into my job, uploads should start increasing again. They’ll still be slow, but hopefully not months apart.”

“[Industrial Light and Magic is] always on the lookout for talented artists and have in fact hired the artist that goes by the online persona ‘Shamook,’” a Lucasfilm representative said in a statement. “Over the past several years ILM has been investing in both machine learning and A.I. as a means to produce compelling visual effects work and it’s been terrific to see momentum building in this space as the technology advances.”