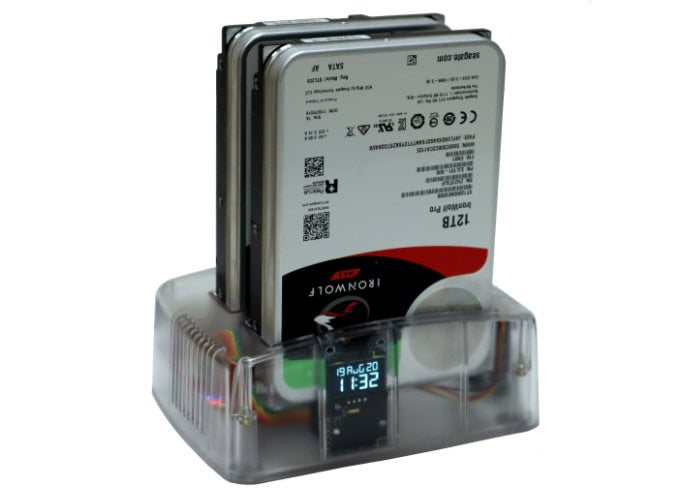 Setting up a network attached storage solution or purchasing one of the can be an expensive project, but one system created by Hardkernel in the form of the ODROID-HC4, offers an entry level low-cost NAS. The ODROID-HC4 NAS uses ASM1061 PCIe to SATA controller and is priced at just $65 and includes an optional OLED display and can be fitted with 2.5-inch SSDs or 3.5-inch HDDs depending on your preference and requirements. The ODROID-HC4 powered by an Amlogic S905X3 processor supported by 4 GB of DDR4 RAM. 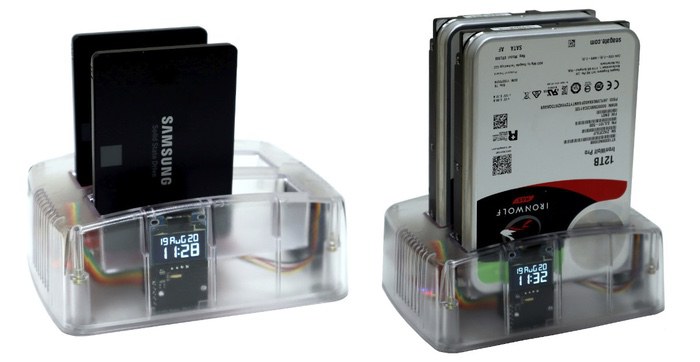 “Besides the ability to connect two drives, the company replaced the USB 3.0 to SATA chip used in previous designs with a PCIe to SATA controller that should deliver better performance, especially for smaller files and random I/Os. Hardkernel reports around 400MB/s transfer speed with iozone using SSD’s, and 110MB/s SAMBA transfer speed that the maximal you can expect from a Gigabit Ethernet link.”

“The Cortex-A55 cores are pretty efficient, so a somewhat small heatsink (40 x 32 x 10mm) is attached on top of Amlogic S905X3 processor and RAM chips, and it will be good enough for cooling as the company measured a CPU temperature of 60°C under load in a room with an ambient temperature of 30°C. Power consumption is also pretty low at 0.29W in suspend mode, 4W at idle (no drive), and up to 15.6 Watts using hard drives and file transfers over SAMBA.”