Thanks to a mighty attractive Flickr page, these DIY fan made Angry Birds crochet stuffed toys can be beheld by the world. Look at the craftsmanship! The needlework! The fine attention to detail. While they aren’t selling, the birds and their porcine enemies rendered through such a medium-pay generous tribute to a timeless game. Okay, maybe not timeless, just super popular and near-universal. 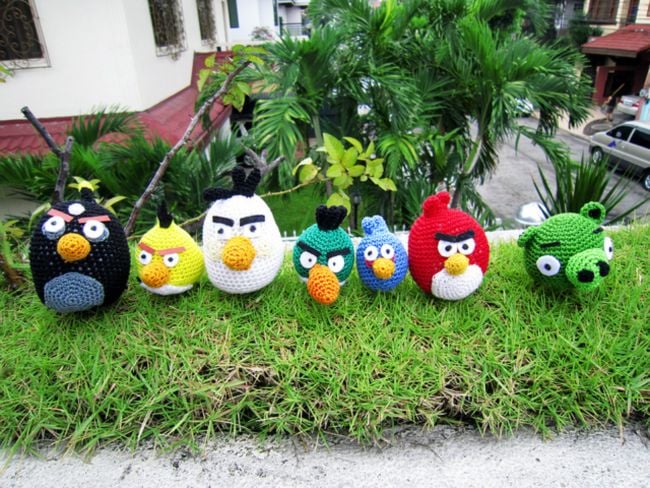 The Flickr account run by the deadcraft person also features some lovely handmade projects, including an extensive series of Harry Potter renditions that are oddly chilling.

Nice as the crochet creations are, we can’s tell if a real life simulation of an Angry Birds game is probable using these plush stuffed toys. Too few pigs we think.

While having these around the house are definitely good fun, you might want to keep them away from cats. These birds, no matter how angry, are pretty defenseless against razor sharp claws. (As most birds are.)

Should these be sold on Etsy?