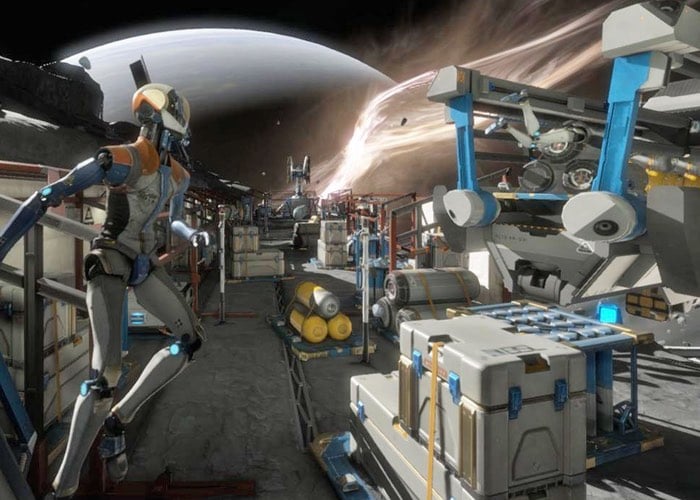 Now that the Oculus Touch virtual reality controllers are available to preorder priced at $199, and will be shipping out to users on December 6th 2016 just in time for the holiday season.

Early Oculus Touch gameplay is now making its way to YouTube providing a first glimpse at what you can expect from the Oculus controllers. Which have been in development for some time and were originally expected to make an appearance during the middle of 2016 rather than the end.

You may have struggled to grasp precisely what Lone Echo is all about having watched only the debut trailer (below), but after playing the single player demo at OC3, here’s my one line synopsis: Lone Echo is a first person VR adventure game, where you play a robot-piloting AI named Jack who serves a human crew investigating an anomaly in deep space.

With an original narrative, high quality art and sound direction, and an innovative movement system, it was one of the most promising demos for a VR game I’ve tried. The demo takes place entirely in zero gravity, and the locomotion they’ve developed for it hasn’t been seen in any other space themed VR game out currently.