If you are looking for a compact keyboard case for your iPad 2 you might be pleased to know that Logitech have unveiled a new portable fold-up QWERTY keyboard /case combination that unfolds automatically when you tilt your iPad in to an upright position.

The connection between keyboard and iPad 2 is provided via Bluetooth and Logitech say their new keyboard/case works seamlessly with Apple’s iPad 2 Smart Cover. To provide power for the Bluetooth connection, inside the keyboard is a rechargeable battery, that can be topped up via a USB connection. 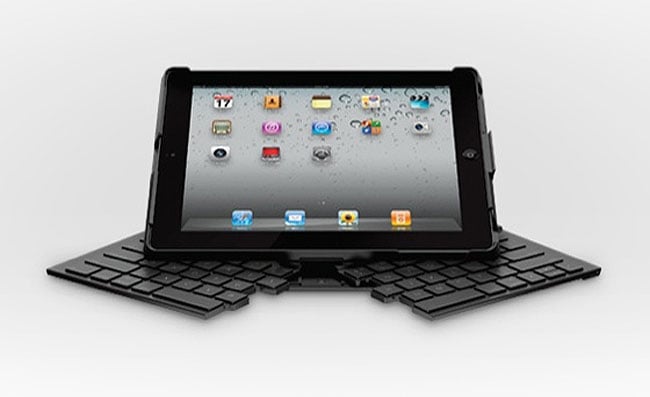 No information has been announced as yet by Logitech regards shipping dates but the new Logitech Fold-Up Keyboard for iPad 2 is released its expected to retail for £60 or $100.