During the development stages of Apple’s new Lion OS X the company has been suggesting that their OS X and OS X Server will be combined in some way. Well the team over at Hard Mac have uncovered that the new Lion Server will become a new Apple Mac Store download.

Within the Lion OS X Hard Mac have discovered that by searching for ‘install server’ brings up the instructions below, asking users to jump over to the Mac App Store and purchase the Server app. 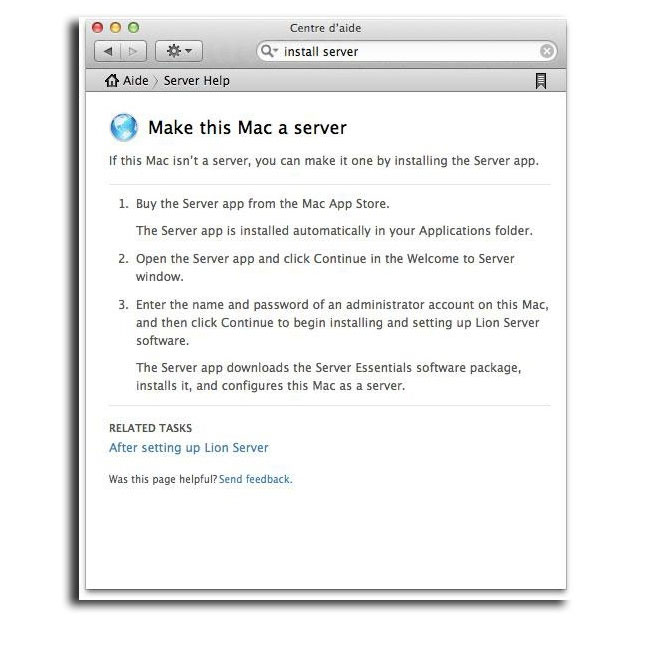 The new system which Apple has incorporated  now suggests that every copy of  Lion, OS X will be able to function as a server, once the new Lion Server application is purchased.

No pricing for the new Lion Server has been released as yet, but with it being available in the new Mac App Store will Apple continue to price it at $499 for unlimited licenses, or drop the price for individual installs?