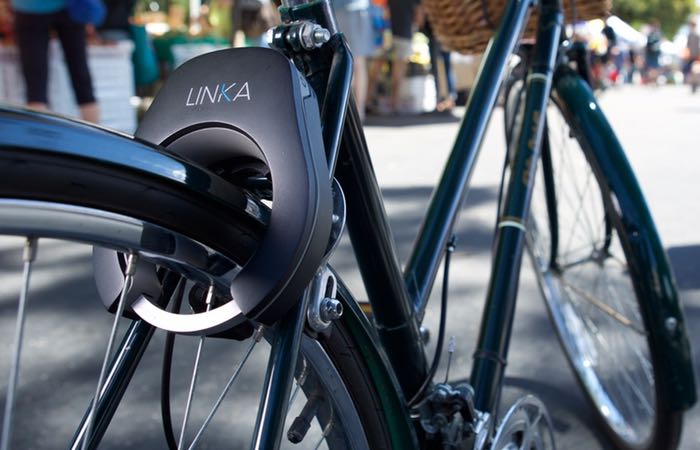 The worlds very first auto-unlocking smart bike lock has been launched over on Kickstarter this month by the name of LINKA, which has been designed by Velasso.

LINKA features tamper alerts, auto-unlock, built-in siren, keyless access and more and has been specifically designed to find a way to eliminate the opportunity for bikes to be stolen.

Watch the video below to learn more about the new bike lock from its creators, who also explain :

“How is LINKA unique? We discovered that 85% of bikes that are stolen are ridden away inconspicuously. By focusing mainly on immobilizing the wheel and locking it to the frame, we can seriously reduce the risk of a bike getting stolen, as it become a lot more suspicious to carry an alarming bike!

At it’s core, LINKA is a powerful bike lock mounted to your frame, so it’s always ready. To lock it, simply tap the button and you’ll be recognized securely through your phone. A 9mm hardened square steel ring automatically slides into place making your bike impossible to ride away.
Now, we need your help to bring the first ever Auto-unlocking Bike Lock to the market and really prevent thieves from riding our beloved bicycles!”

The LINKA project was looking to raise $25,000 in pledges to go into production but has already raised more than double thanks to over 400 backers, with still 19 days remaining on their campaign. So if you think LINKA is something your bike could benefit from, visit the Kickstarter website now to make a pledge from $79 and help LINKA become a reality.