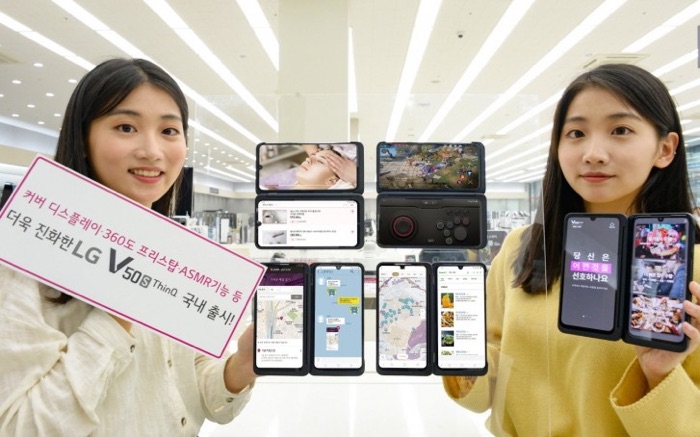 LG has launched a new smartphone in South Korea, the LG V50S ThinQ, the handset is basically the LG G8X ThinQ.

The new LG V50S ThinQ comes with a Qualcomm Snapdragon 855 mobile processor and 6GB of RAM, there is also 128GB of storage built in.

The handset comes with a 6.4 inch OLED display and there is also an add on dual display that can be seen in the photo just like the LG G8X ThinQ.