Yesterday we saw some more photos of the new LG Spectrum, the device is now official and it is headed to Verizon Wireless in the US and it features a 4.5 inch HD display with a resolution of 1280 x 720 pixels.

Processing is provided by a dual core Qualcomm 1.5GHz processor and it features Android 2.3 Gingerbread, with an updated to Android 4.0 Ice Cream Sandwich promised by LG. 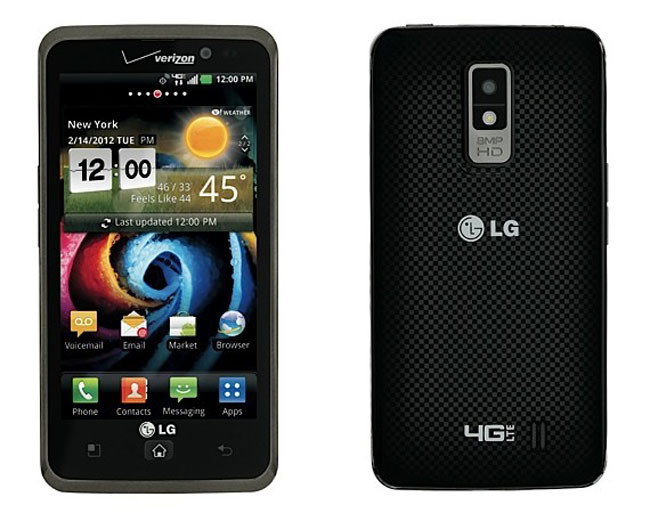 The LG Spectrum features 4G LTE, and can be used as a mobile hotspot with up to 10 WiFi devices, it comes with a 16GB microSD card installed and can take up to 32GB cards.

Verizon will start selling the LG Spectrum from the 19th of January 2012 for $199.99 when you sign up to a new two year contract with the carrier.