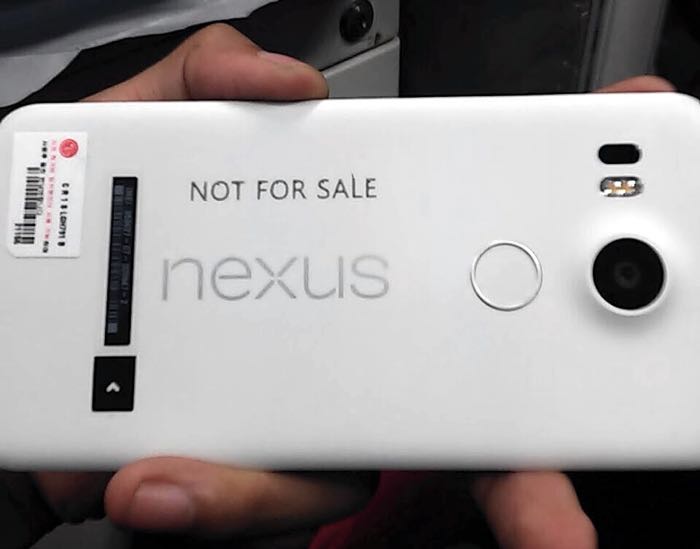 Now the LG Nexus 5X has turned up on Amazon with the model number LG-H791 and some of the specifications of the device are listed. 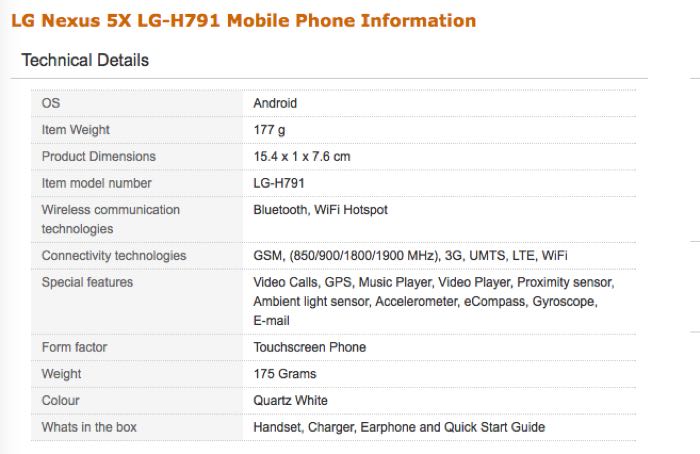 The handset will be powered by a hexa-core Qualcomm Snapdragon 808 processor which a clock speed of 1.8GHz and it will come with 2GB of RAM and 16GB of built in storage.

Other specifications that are shown on the Amazon listing for the LG Nexus 5X include a 5 megapixel front facing camera and a 12.3 megapixel rear camera, the handset is also shown as coming with Android 6.0 Marshmallow.

Connectivity comes in the form of LTE, WiFi and Bluetooth and the dimensions of the device are 15.4 cm by 1cm by 7.6cm and it weighs in at 177g. There is one color option for the handset listed on Amazon ‘Quartz White’ the device is expected to be available in other colors.

Google will announce their new Nexus 5X smartphone and Nexus 6P handset at their press event on the 29th of September, both devices are expected to launch in October.