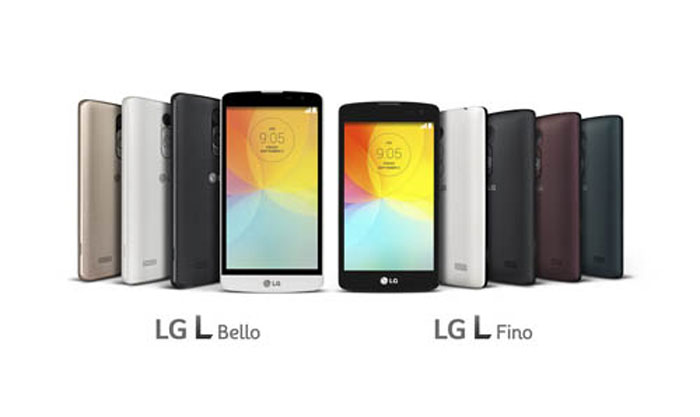 A bunch of new smartphones are going to be unveiled early next month at IFA 2014 in Berlin. Among the new devices unveiled will be a pair of smartphones from LG that are aiming at expanding the company’s footprint in emerging 3G markets. The new devices are called the LG L Bello and LG L Fino and they will offer features comparable to high-end devices for less money.

Internal storage for the Bello will be 8GB and the phone will have a 5-inch 854 x 480 resolution display. The rear camera will be an 8MP auto focus unit and the front camera is a 1MP offering. Both of these smartphones use Android 4.4.2 KitKat as the operating system.

“With their competitive specs and accessible pricing, we have high hopes for the L Fino and L Bello to continue our successful expansion into emerging markets,” said Dr. Jong-seok Park, president and CEO of the LG Electronics Mobile Communications Company. “Our newest L Series smartphones represent the best of LG in design, hardware and UX as well as our commitment to bringing best smartphone experience to 3G customers as many as possible.”