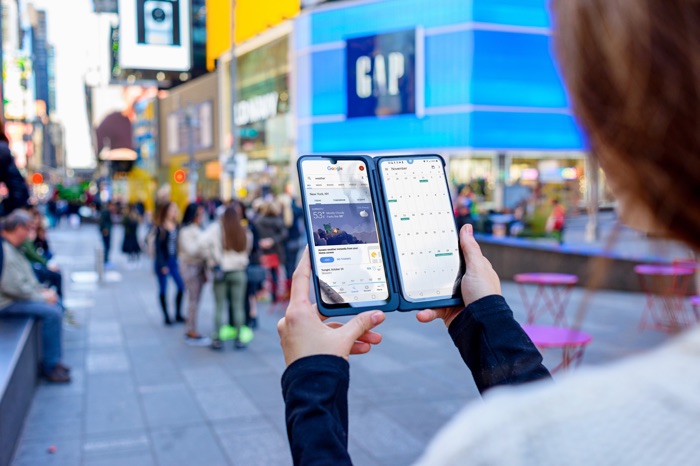 LG recently announced the global launch of their new LG G8X ThinQ smartphone and now Sprint has announced that it will be available on their network from the 8th of November.

The handset will be available for $15 a month on the Sprint Flex Lease, it will also be available on other options with the carrier.

LG G8X ThinQ lets you multitask like never before in a whole new way – watch movies, videos and sports while getting things done on your to-do list across two screens,” said Dow Draper, Sprint chief commercial officer. “Sprint customers who are entertainment lovers, mobile gamers and heavy multitaskers will quickly see the benefit of a detachable second screen that lets you do more at once. LG G8X ThinQ is another great example of LG innovation, and we are excited to bring it to our customers as we enter the holiday season.”

LG G8X ThinQ offers true flexibility with the power of two screens and the freedom to choose just one when you want to go minimal. With LG G8X ThinQ’s freestop hinge, flip the screen around or lock it in place at any angle. Open it like a laptop, use it in stand or tent mode, or do a full 360° flip for a versatile viewing experience.

You can find out more details about the new LG G8X ThinQ over at Sprint at the link below, it lands on the carrier on the 8th of November.