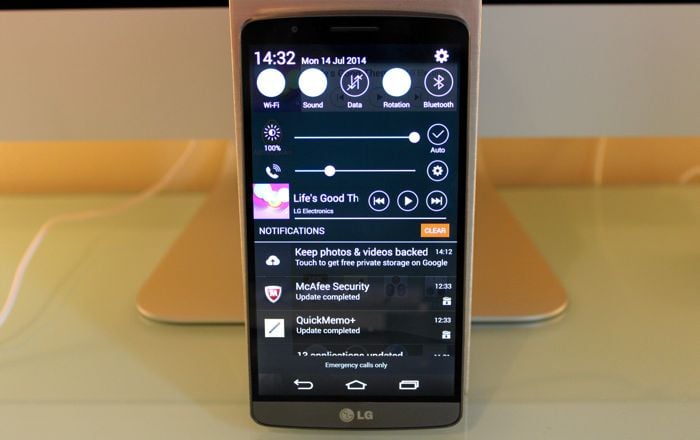 Last week we saw a new version of the LG G3, The LG G3 Prime, the handset appeared on a retailers website in South Korea, and now according to one of our contacts the device may actually launch this month.

This would tie in with what we heard previously about the new LG G3 Prime receiving Bluetooth certification, the device is said to come with a range of upgrades over the existing G3.

The new LG G3 Prime is rumored to come with some high end specifications, the device will have the same quad HD display with a resolution of 2560 x 1440 pixels.

The processor will be updated on the handset to the new Snapdragon 805 processor, which is a quad core processor that will come with a clock speed of 2.5GHz, the handset will also come with 3GB of RAM.

Other specifications on the new LG G3 Prime will include an Adreno 420 GPU for improved graphics, plus it will feature the same cameras as on the original G3.

The front facing camera on the handset will be a 2.1 megapixel version, the rear camera will be a 13 megapixel camera that is capable of recording 4K video.

The South Korean version of the LG G3 Prime will come with the new faster LTE-A, this will offer speeds of up to 225Mbps, as yet there are no details on whether this will be available on the international version of the handset.