In the past few days, we’ve heard quite a lot about the alleged LG G3, which has popped up a number of times on benchmarking websites, and leaked images — not the device, but its box.

Now, the alleged LG G3 Mini was spotted in the wild. It’s actually not a surprise, LG recently launched the mini version of the LG G2, and I’m certain we’ll see a miniature version of the LG G3 after the launch of the flagship device itself. 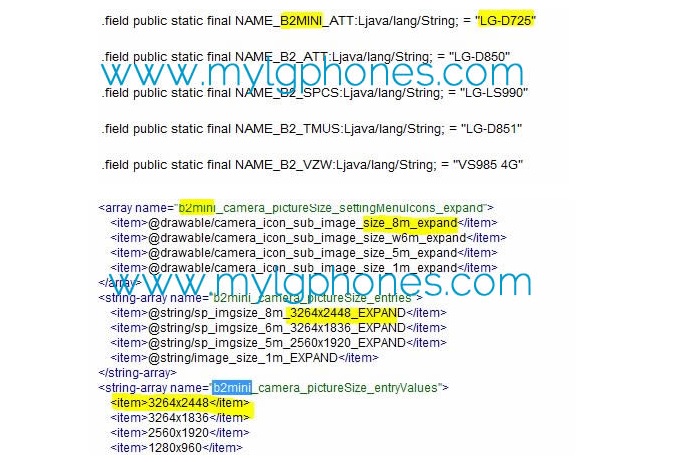 LG G2 is codenamed B2, and the above image clearly shows B2 Mini with a model number LG-D725, believed to be the LG G3 Mini. There’s not much to know about the specifications of the device, but it reveals the handset might come with a 720p display resolution with no word about its size, as well as an 8MP camera with a resolution of 3264 x 2448.

There’s no concrete proof about its existence, so a grain of salt is recommended to digest this rumor. Launching a mini version of flagship devices have become a norm, but they’ll be more popular if the companies can offer high-end specifications for a budget price.

We’ll update you as soon as we get more information about the purported handset.