Several flagship devices have already received the chocolaty taste of Android 4.4 KitKat, including the Nexus devices, as well as the HTC One and devices from Motorola and Samsung.

LG is one of the only few manufacturers who haven’t started the roll out for the LG G2, but worry no more as it’s expected to roll out next month if you’re based in the UK. 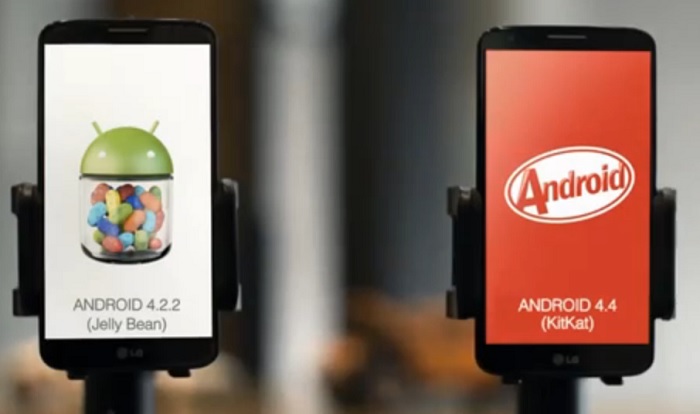 LG UK has posted a video comparing various functions on two LG G2s, one running the latest Android 4.4 KitKat while the other one running Android 4.2.2 Jelly Bean. The comparison shows improvements in the KnockOn features, camera, internet browsing, video loading and more. In conclusion the company says Android 4.4 KitKat makes the device 17 percent faster, which is a pretty big deal.

The update is said to roll out in the UK in mid-March. This should come as a good news for users in the UK who are rocking a LG G2, and showed calm them down. On the other hand, we can expect the update to hit other regions during the same time frame if it rolls out in the UK.

We’ll update you as soon as the roll out process commences.