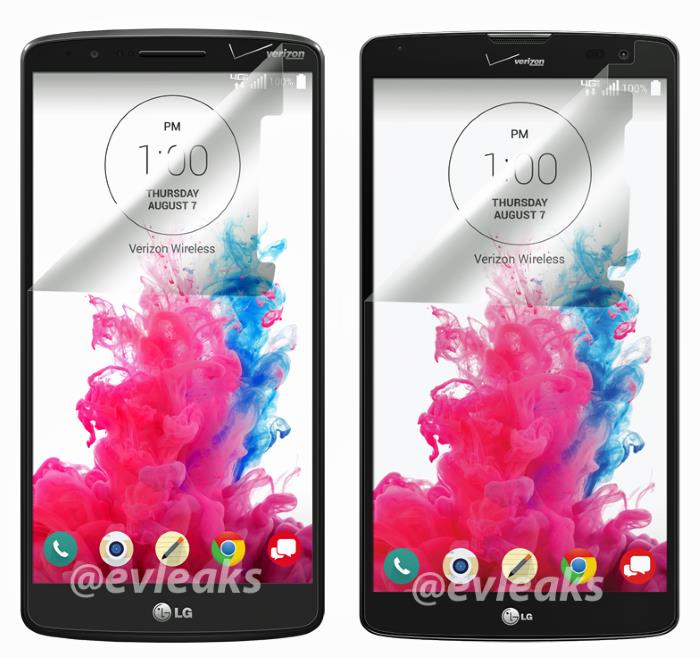 It turns out its not the LG G3 which will hit the retail shelves of Verizon, but also LG G Vista. Not too long ago, @evleaks shared some details about the rumored LG G Vista.

And now, the leaker has posted another render of the alleged LG G Vista, alongside the LG G3, and it seems its the LG G Pro 2 Lite for Verizon.

Verizon usually name some of its devices differently — take Lumia Icon as an example which will launch as Lumia 930 in global markets.

Anyway, it resembles a lot like LG G3 in terms of looks, but may not offer as high specifications as the flagship device. The details about the LG G Vista are scarce, but if it really is LG G Pro 2 Lite, it may come with a 5.9-inch display. Additionally, the camera position on the front is similar to the LG G Pro so there’s a possibility that we may see a similar set of specifications on board.\