Not too long ago, Verizon launched the Google Nexus 7 to its product portfolio, months after Google unveiled the tablet. It’s not just the only tablet, Verizon is also expected to carry the Samsung Galaxy Note 10.1 2014 edition in the coming weeks, as well as the gigantic Samsung Galaxy NotePro.

These are not the only tablets, as The Big Red is also rumored to launch the LG G Pad 8.3 on its network in the coming months, according to @evleaks. 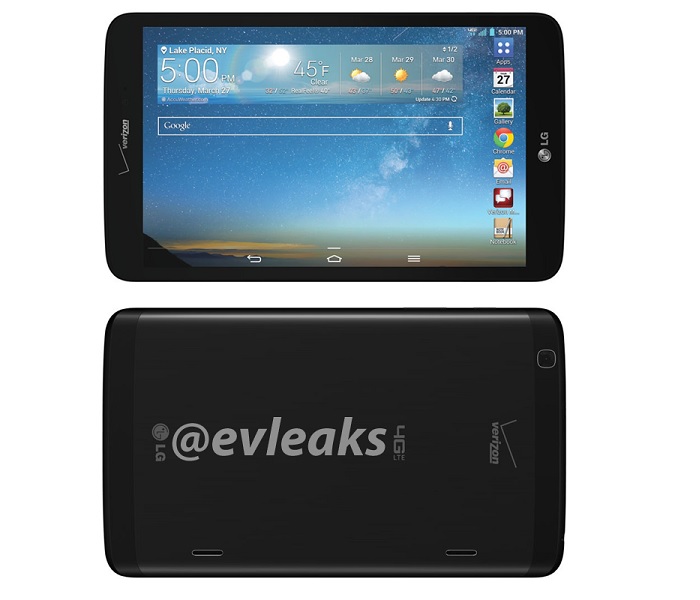 We’ve seen several rumors in the past, hinting at the possible launch of the LG G Pad 8.3 on the Big Red. The tablet even passed through the FCC with support for Verizon LTE bands.

Other features includes a 5 megapixel rear camera for photos and videos, 1.3MP front-facing camera, WiFi, Bluetooth LE and runs Android 4.2.2 Jelly bean out of the box.

There’s no official word from Verizon or LG about the launch of the tablet, but @evleaks has a very decent track record so we must give rumor some weight.

We’ll update you as soon as Verizon announce the availability of the tablet.