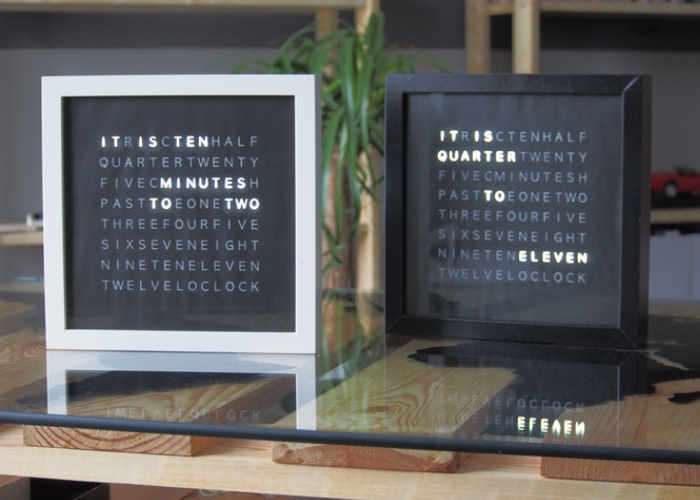 Watch the video below to learn more about the design of this unique and modern clock the presents time in a more unique way rather than the more traditional hands or digital readout.

Pledges are available for early bird backers from £59 with shipping expected to take place during October 2017. The designer of the awesome time to text clock explains more about the project and its inspiration:

This in my second project about LetB. How is it different to previous one? The main improvement is speech ability. Now it is not only easy to read time but also you can have it read for you. Additionally, I decided to go with more advanced electronics which is more expensive in production but more reliable and much faster to manufacture (No more delays!). Backlight technology has changed for even more precise and diffused look.

For full details and all available pledge goals jump over to the official Kickstarter campaign page via the link below.