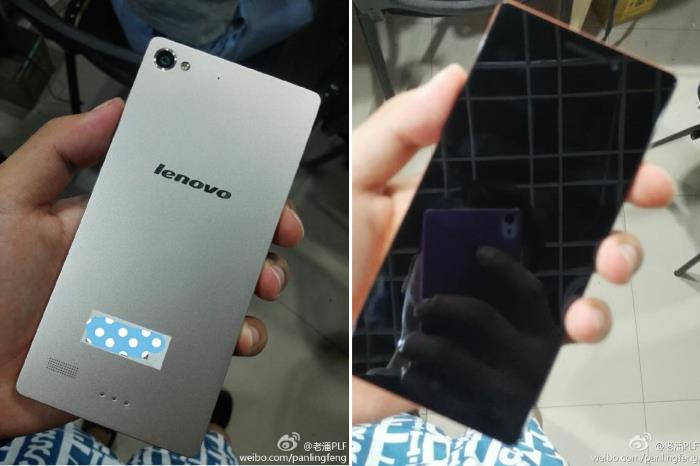 Lenovo is said to be working on more handsets which will see the light of the day in the coming months. Not too long ago, the purported Lenovo Vibe X2 passed through TENAA in China, and now we have some more leaked images of the alleged handset.

The images surfaced from Chinese shores, and shows the Lenovo Vibe X2 in a sort of hands on photo shoot, showing the design of the alleged handset. It seems we’re going to see a metal-clad handset from Lenovo in the coming weeks.

As for its specifications, the report suggests there will be two versions of the alleged handset. One of them will be powered by a MediaTek MT6596M octa-core processor (four Cortex-A17 clocked at 2.0 GHz and four Cortex-A7 cores running at a frequency of 1.5 GHz). The second variant will come with a dual-core 2.2GHz SoC.

The alleged handset will feature a 5-inch display sporting a resolution of 1920 x 1080 pixels with 2GB of RAM and 16GB storage on board. Other features include 13MP main camera for photos and videos, a 5MP front-facing camera, 2,250 mAh battery and should come with Android 4.4 KitKat as its operating system.

There’s no word from Lenovo about the handset so a grain of salt is recommended. We’ll update you as soon as we get any other information.