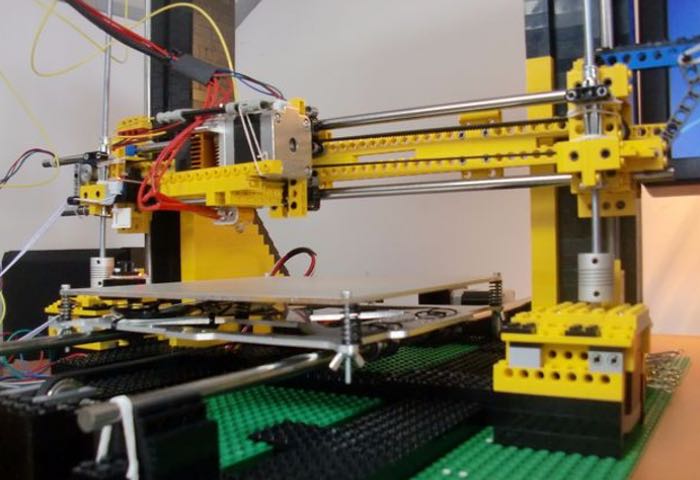 The 3D printer was crewed using a number of resources from the web to build the components together with a heated bed and controller board. Watch the video below to see it in action. 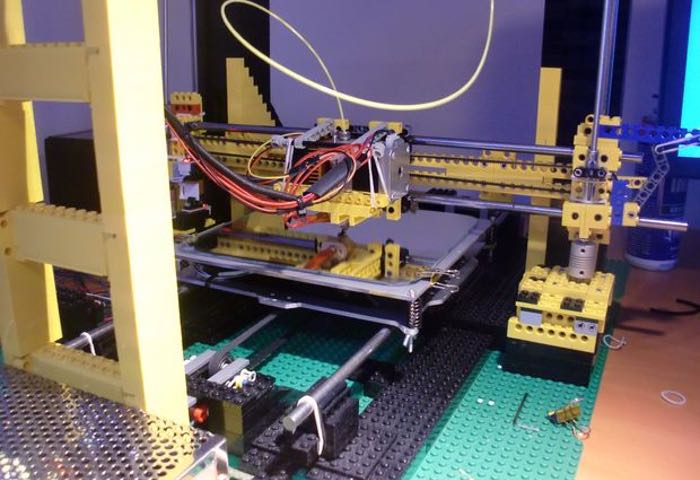 “This LEGO printer is based on the Prusa I3 rework printer. The printer started as a A4-plotter with stepper motors from an old HP printer. After upgrading the stepper motors to Nema 17 motors I decided to build a X, Y and Z axis machine. This evolved in this printer.

LEGO and Nema 17 stepper motors are a perfect match. A default LEGO brick of 4 by 2 studs is 32 x 16 x 9.6 mm. Nema stepper motors have m3 holes at a distance of 31 mm. Attaching the Nema 17 stepper with LEGO technic, using a felt damper/isolator and m3 x 15 bolts, gives a solid base (image 4). See this Lego Dimension Guide for more lego math.

This is my first instrucable and it will not be a guide for creating this exact printer. I will give enough details to create such a printer. All information used to build this printer comes from the internet.”

For full details on how to create your very own Lego 3D printer jump over to the Instructables website.