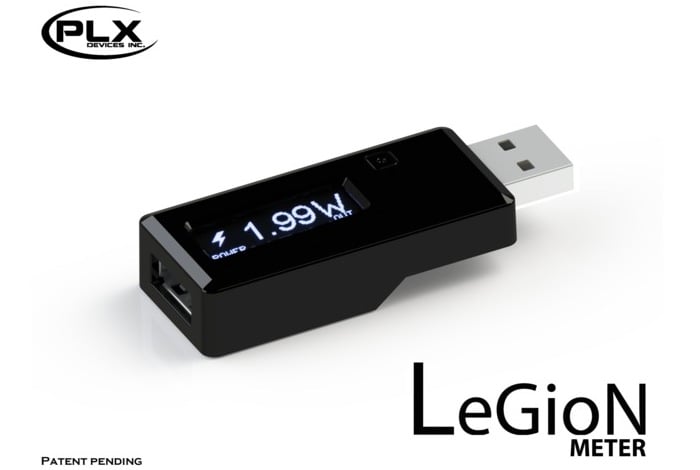 Anyone looking for the ability to be able to charge their smartphone or tablet at a faster rate from a standard USB port might be interested in a new device called the Legion Meter.

The Legion Meter has been specifically designed to enable users to charge their smartphones up to 92 percent faster than without the device. Watch the video below to learn more about the Legion Meter device from its designers and see it in action.

The Legion Meter is a USB stick with integrated OLED display that allows any smartphone to to be charged safely faster, and includes a built-in multimeter for displaying voltage, current, power, and milliwatt hours. Its creators PLX Devices explains a littler more about their invention :

“Legion Meter is a device that can safely accelerate your smartphone/tablet’s charging speed up to 92%. The charge accelerator circuit has two modes of operation. Apple mode and Android mode. The user selectable mode dynamically converts any USB port to optimize the charge speed by signaling your mobile device to safely draw the maximum amount of charge possible. The PLX Charge Accelerator circuit is patent pending.

Legion Meter’s Watt Hour (mWh) mode is useful for analyzing the storage capacity of batteries. Much like how a gas pump counts the amount of volume of gas that gets pumped into a vehicle’s gasoline tank, the watt hour meter measures the amount of energy or (Watt Hours) that gets charged into any battery. This is useful for discovering the true storage capacity of batteries. Press and hold the button to reset the counter to 0. “