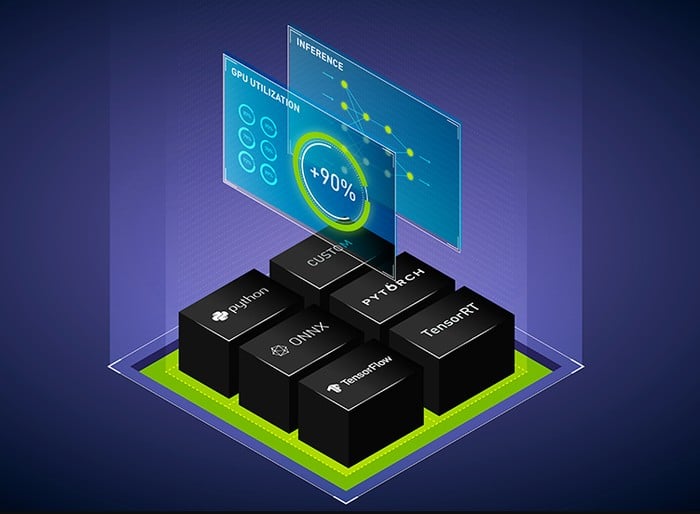 If you would like to learn more about Machine Learning Operations, or MLOps you may be interested in no that NVIDIA has created an introductory course to help you get started with its NVIDIA Triton technologies. NVIDIA Triton has been designed and created to help data scientists and system administrators turn the same machines they use to train models into a web server for model prediction. “While a GPU is not required, an NVIDIA Triton Inference Server can take advantage of multiple installed GPUs to quickly process large batches of requests” explains NVIDIA.

Objectives of the course include:

– Deploying neural networks from a variety of frameworks onto a live NVIDIA Triton Server.
– Measuring GPU usage and other metrics with Prometheus.
– Sending asynchronous requests to maximize throughput.
– Upon completion, developers will be able to deploy their own models on an NVIDIA Triton Server.

For more information jump over to the official NVIDIA developer site by following the link below.

“A lot of love goes into building a machine-learning model. Challenges range from identifying the variables to predict to experimentation finding the best model architecture to sampling the correct training data. But, what good is the model if you can’t access it? MLOps is a relatively new field evolved from Developer Operations, or DevOps, to focus on scaling and maintaining machine-learning models in a production environment. NVIDIA Triton is equipped with features such as model versioning for easy rollbacks. It is also compatible with Prometheus to track and manage server metrics such as latency and request count.”