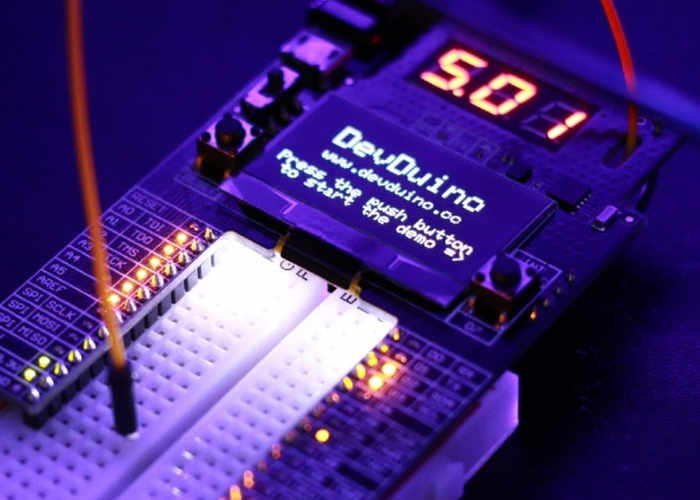 Anyone who would like to learn more about Arduino programming may be interested in a new piece of hardware which is being created by Alexandre Pailhoux called the DevDuino. Launched via Kickstarter this week the DevDuino is already close to securing its €8,000 pledge goal with still 29 days remaining on its campaign. Offering an open source solution and a customised Arduino compatible development board with plenty of “must-have features”, says its creator. Watch the demonstration video below to learn more about the DevDuino which offers an exciting way to learn more about the Arduino platform and creating electronic projects.

DevDuino is now available to back via Kickstarter with early bird pledges starting from just €37 and delivery expected to take place during Decemeber 2017. For full specifications and more information jump over to the official Kickstarter campaign page via the link below.