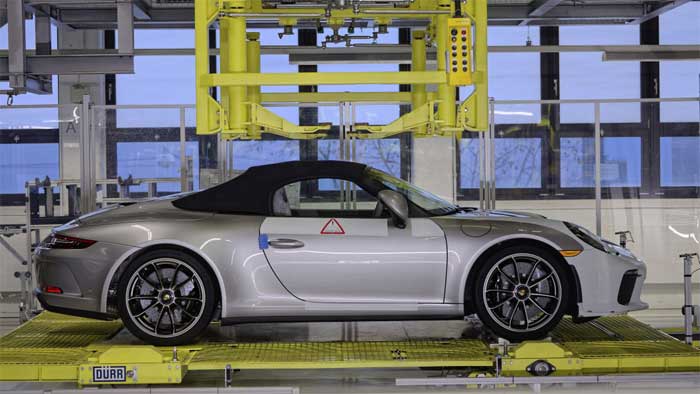 The last of an iconic Porsche model has rolled off the Porsche assembly line ahead of being replaced with a next-generation car. The 911 991-generation has ended with the very last of the cars to roll off the line being a Speedster convertible.

The 991-generation debuted at the Frankfurt Motor Show in the fall of 2011 as the replacement for the 997. The 991 was a significant change for the 911 bringing with it the 7-speed manual transmission, electrically assisted power steering, and Porsche Dynamic Chassis Control.

Porsche later debuted the 991.2 that brought with it turbo engines for non-turbo cars. The Porsche 992 has debuted and will replace the 991. The first to arrive will be the Carrera S, Carrera 4S, Carrara, and Carrera 4.