It’s only been a couple months since the LaCie Fuel portable storage device for the iPad launched. This storage device is a portable unit that allows iPad users to export content from the tablet to get more onboard storage space. It’s always nice to be able to move content to an external device rather than having to delete it. 1TB of storage may be plenty for some users, but others need more. 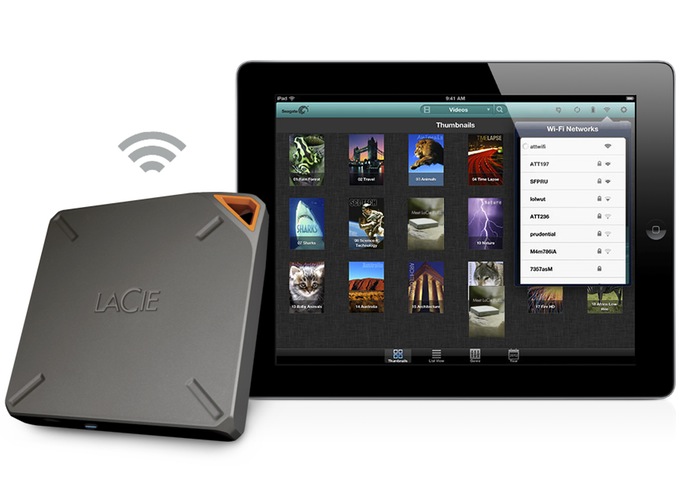 LaCie has announced that it is doubling the capacity of the Fuel to 2TB. The 1TB model will still be available and the devices share the same features. The features include the ability to stream content wirelessly to up to five devices without an internet connection. Fuel can also create its own WiFi network and be used as a hotspot when connected to a WiFi network.

The Fuel is also AirPlay compatible for shooting content to a big screen. The internal rechargeable battery is good for ten hours of use per charge. LaCie’s Fuel device uses the Seagate media app that is available for the iPad, iPhone, and Android devices as well as the Amazon Kindle. That should mean it would work with all those devices. The 2TB Fuel will ship in April for $249.99.